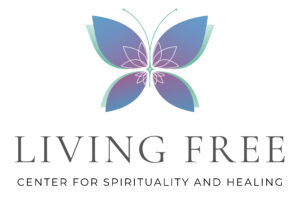 A Community of People Coming Together for Inspiration, Transformation, and Healing Through Spiritual Teaching, Counseling Services, and Holistic Energy-Based Healing 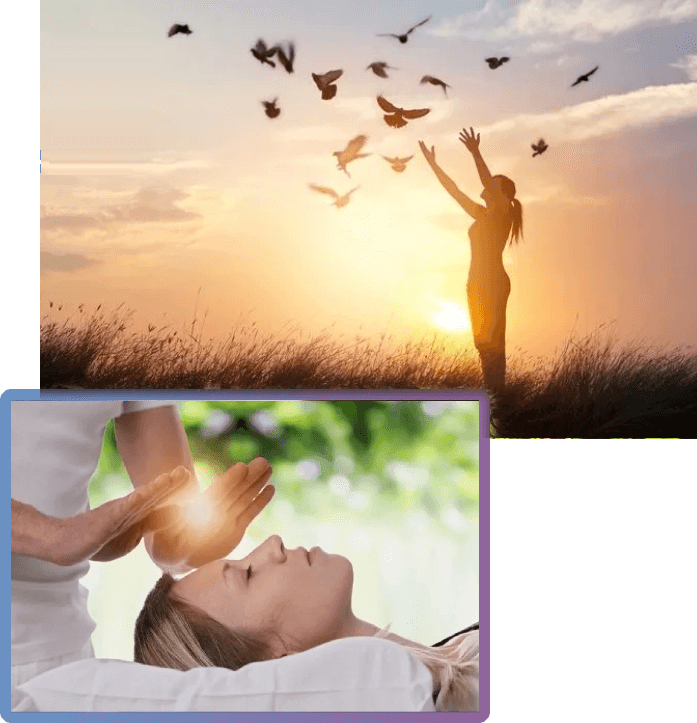 While I have been in private practice for years, in the back of my mind, I have had this vision for Living Free. Because the vision is large, it will be implemented in several phases. Currently, I am offering counseling services and spiritual mentoring in my home or via zoom, a weekly newsletter, classes on Sunday afternoons and an online metaphysical store. In the future I plan to
create some retreats and sacred services with some of my professional friends on topics such as healing, spirituality, conscious parenting and relationships, healthy eating, organic gardening, and many other topics related to keeping our body, soul, and spirit healthy.

My ultimate goal is to buy some land and build a center that will include everything listed above with the addition of a healthy food café and a sacred architectural space of beauty for community gatherings, concerts, etc. This website will continually be updated as these other phases are added to Living Free.

Joyce provides individual counseling for women. Counseling appointments are available Monday through Friday at the Maryville Office, Telehealth on Zoom on iPhone/FaceTime.

To book an appointment, click on the button below, and it will take you to my calendar, where you can choose your date and time for your counseling appointment. Use this calendar to schedule, cancel, or reschedule all appointments with Joyce 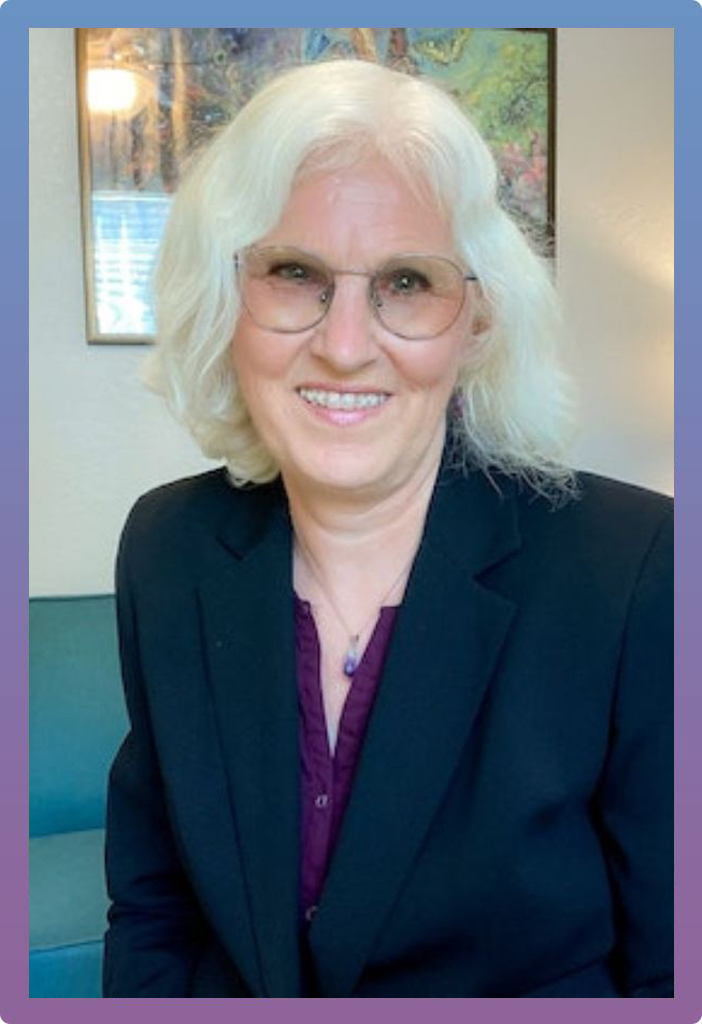 You will find books, candles, crystals, jewelry, healing and wellness items, incense and much more. New items will be added each month so come back often to see what’s new. Shipping is free on everything purchased here.

Joyce Stewart is a counselor, holistic energy healer, lightworker, spiritual teacher and mentor, and author. She has a master’s degree in clinical social work. Joyce began her career as a traditionally trained psychotherapist but soon realized all she was doing was giving people tools to manage their symptoms. Since Joyce believed in a healing God, she went on a search to find what really healed people and discovered the world of alternative, energy-based healing.

This caused a problem in her belief system as she was a devout Christian, and this conflicted with what she had always been taught was the truth. This led Joyce on a journey into spirituality where she made the decision to leave traditional Christianity and instead, now lives her life by the teachings and life example of Jesus, without all the man-made fear-based belief systems she had been taught. Joyce’s mission is to help as many people as possible through the awakening/ascension process so they can live in a fifth dimensional reality of divine love.

Joyce had an unusual childhood as she was born in Belgium and then lived in the Congo where her parents were medical missionaries. She has four grown children and six grandkids. Joyce enjoys spending time with her family, reading, writing, learning, traveling, and spending time hiking and walking in nature. 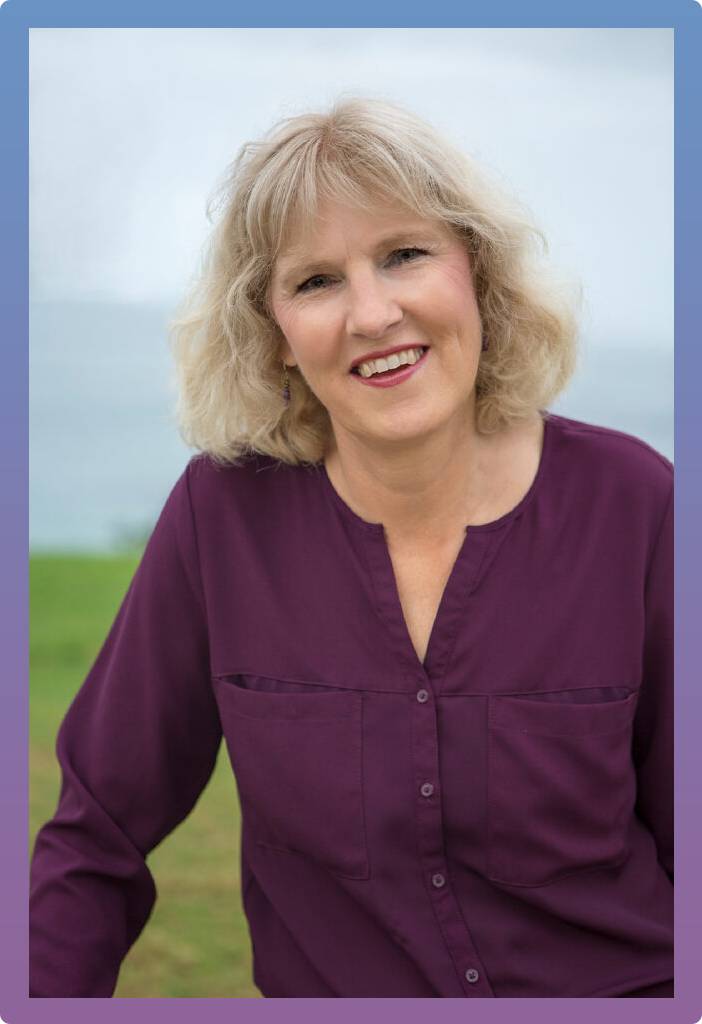 “When I began seeing Joyce, I had been through cancer, divorce, depression, and panic attacks. I had learned from childhood to minimize the severity of tragic events and highly emotional situations. I believed that life was hard, and people had to get over tragedies quickly because there would certainly be another along the way. However, after working with Joyce, I was able to stop taking Xanax, my panic attacks stopped completely, and I began to enjoy my life again.”

“When I met Joyce, I was bound by fear and experiencing high levels of anxiety on most days. My mind knew the truth, but my heart and emotions believed the lies. Joyce guided me through an inner healing session, giving prayers and affirmations. In that place of peace, I experienced Jesus’ healing and freeing comfort. When I stop and reflect on where I have come from, and where I am now, it is miraculous.”

“She is easy to talk and work with, she does not judge, blame or criticize and she brings sunshine with her everywhere she goes.”

“I have matured in ways I never would have if it had not been for my sessions with Joyce.”

“I have healed in areas of my life that I would never had known how to seek healing if not for my sessions with Joyce.”

“At age 62, my childhood abuse stood out far too vividly in my mind. Hope and joy were just words to me, I knew very little about them, maybe nothing at all. My first session with Joyce cracked open a tiny place in my mind where a light came in, a ray of hope. In my second session, I learned “tapping” and used it often after that whenever I felt guilty. After tapping, the feelings were muted. In my third session, we did an emotion code, and a long-trapped emotion was released from my body. As amazing as that sounds, it resulted in calmness that I was not used to having. I came away from that session much improved.”

“Joyce helped me formulate a beginning statement expressing my feelings on something that was troubling me. After tapping on that statement, I became aware of another aspect of the problem. We then composed a statement based on that new insight and tapped again. This process soon led me to understand the root cause of what was troubling me. With that understanding, we wrote a final statement, which I used for positive reinforcement.”

“My inner healing sessions with Joyce were life changing. I was filled with anger for my mother for years, maybe even all my life without it really being at the surface of my consciousness. During our inner healing session on my anger, Jesus came to me and told me I could live the rest of my life without anger for my mother. I could not and would not be able to change the fact that my mother was a narcissistic person. I would be able to take the good in me that she had given me, and disregard what I had wanted from her but did not receive and could not ever change. I moved forward after that session and was never angry with my mother again.”